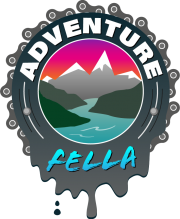 Words and photos by Matt Ray

You might think that staring up into the night sky isn’t very adventurous. And yet, when you combine an unobstructed stargazing view of the milky way in full arc-of-heaven mode, with trekking high-altitude volcanic peaks, things soon start to feel pretty ‘out there’. I discovered this for myself on a visit to the Canary Island of La Palma, the world’s first Starlight Reserve….

The people of La Palma have gone to heroic efforts to minimise the level of light pollution on their island, from using low-sodium street lights, to changing the flight paths of planes overhead. Compared to London’s manic onslaught of LEDs, walking the cobbled streets of El Peurto De Tazacorte after dark, close to my hotel, is like stepping into the sepia pages of an espionage novel, circa 1940. This dialled-back lighting creates mysterious pools of shadow and lends a softness to the air.

But to appreciate the true impact on the night sky, and make the most of the stargazing opportunities, you have to head out of town…

At the Southernmost tip of the island lies a black expanse of volcanic grit and rubble. During the daytime splashes of green lift the scene, but at night, in the dying light of a setting moon, it looks as forbidding as alien earth.

Above the black lava rocks of Playa de Faro, a lonely lighthouse stands sentinel, its beam pulsing out over the waves, but baffled at the back, so as you look inland all remains dark. If you venture into unfamiliar terrain at night it pays to take a guide, so I’ve come here with La Palma trekking expert Daniel Martin Gomez and local legend of astrophotography, Antonio ‘Toño’ Gonzaléz

We trek north, towards the craters of slumbering volcanoes, the only sounds the wind swirling around us and the sliding crunch of the volcanic grit under our feet, glowing a soft, satanic red in the light from our head torches. These are set to ‘tactical’ mode to preserve our night vision.

Moving inland from the beach seems to pull a blanket from the sky, which is suddenly sparkling with an intensity that seems unreal. Toño has come armed with a laser pointer and uses it to deftly tattoo out stars and constellations that I had never been able to spot before.

Most of us can pick out Orion’s belt, but in La Palma the stars are so bright that the whole constellation blazes down at you, extended arm, curved bow and all. And it’s only when you can clap eyes on the arc of the milky way, stripped of light pollution, that you can fully comprehend what you’re seeing – the ethereal outer disc of our own mega-frisbee galaxy with its 100 billion stars.

Many can pick out Orion’s belt, but here the stars blaze making the constellation obvious, extended arm, curved bow and all

The spectacle pretty much demands that I break open the camera gear and get acquainted with astrophotography. Fortunately, Toño has some super-effective quick hacks to get me started (if you want to give these a whirl with your own camera, then check out my guide Amazing Astrophotography In 6 Simple Steps.

You can’t see much of anything through the lens, until the first exposures come through after being ‘baked’ in the camera for 20 seconds or so, like starlight cookies. But as soon as I see the first shot, on the back of my Sony A7RIII, I’m hooked.

Stargazing is wonderful, but there’s something primal and intensely satisfying about documenting a moment that occurred long, long ago, many light years distant – it’s like catching lightning in a bottle.

After photographing the overhead view, Toño springs a surprise, and asks me if I have ever painted with light? He demonstrates by tilting the camera to the landscape and unpacking a bag of head torches and fill lights.

By briefly passing the torch beams over rocks, signposts and trees ‘colouring them in’ with light, as the 20-30 second exposures ticked down, we are able to capture both the darkened landscape and the cosmic kaleidoscope overhead.

Light painting allows you to literally ‘colour in’ reality and the results surpass my expectations of what you can capture in a single frame, without any blending of separate images in post-production. It’s as authentic as I could make it…

Stargazing Haunted By The 7 Sisters

Another popular La Palma stargazing viewpoint is at Llano de Jable, 1200m above El Paso. During the day it’s a breathtaking blend of green pines clustering on smooth black fields of lava sand, and jagged lava flow, frozen in time and crusted with grey, wispy lichen.

Daniel and I scout the location beforehand and, as the late afternoon sun strikes low across the valley, mosses hidden in the rocks suddenly blaze with golden fire, echoing the molten river that flowed through this place, a geological heartbeat ago.

Returning after dark to this protected site, Daniel has to park the car and wait with it at the end of the track in, as I trek in alone to set up my camera with a tripod and my Zeiss Batis 18mm lens. I’m here in November, which isn’t optimal weather for stargazing, but tonight is proving that you’re better off working with what you do have than hoping for what you do not, because a fresh wind is blowing wisps of cloud from the sky.

My reward, as I march across the volcanic sand and the roof of the gods opens up above me, is to truly feel my place in the cosmic scale of things. I look up to see that the Seven Sisters, or Pleiades, cluster of stars are very distinct, burning with a ghostly purple aura.

I’m standing in empty space, surrounded by utter darkness, the only sounds the wind through the pines and snatches of a dog barking, carried by the wind like ragged scraps of speech. The only reference to the landscape is the silhouette of Cumbre Vieja ridge, marching across the horizon, up towards the high point of Rocha de Los Muchachos. As stargazing goes, it’s truly eerie.

After shooting some long exposures and light painting some of the pines, I start to trek back to the car. Cresting a rise in the dunes of volcanic debris, I spy it as an interior light flickers on, triggering sudden inspiration in me. If you can light paint the landscape with a headtorch, then why not a car’s side light? There’s something about witnessing the galaxy at its cosmic scale that encourages you to think big!

If you’re going to go stargazing in La Palma then Rocha do Los Muchachos has to be on your list. It’s the island’s high point and home to its observatory, which houses the world’s largest single optic telescope, the 10.4m Gran Telescopio Canarias.

Fortunately the long distance Caldera Trail (GR 131) has a convenient 5km section that cuts right along the top, taking in some of the best views. And a local legend… Pared de Roberto is the name given to the 2,349m peak that is said to have been formed by the Devil, to separate two young lovers he was jealous of. It’s said that the lad sold his soul in order to pass but was pulled into the abyss as he did so.

It’s a location that’s too atmospheric to pass up on, so I’m up here with Daniel, despite the local weather office being uncharacteristically spooked by the forecast of an incoming storm. I guess we’re about to dance with the devil…

We venture along the hike that we scouted earlier, past the peak’s shoulder and its blade-like walls, formed by the erosion of rock around super-hard seams of cooled lava, as the wind screams through the break.

I had a vision in my mind of shooting the break of Pared de Roberto and I begin light painting the rocks to the side, as scraps of cloud swirling around the peaks glow a sulphurous red. Suddenly, the whistling wind is drowned out by the hollow clatter of falling rocks. Daniel’s head whips around in alarm and the realisation of how exposed we are at 2300m, in the path of a storm, hits home.

I hurriedly pack my camera away and as we beat a retreat back towards the road, I reflect on something I saw earlier that I still won’t entirely understand, weeks later.

As a 1% sliver of the setting moon slipped behind the edge of the rocks, a moonstruck disc briefly floated in the sky, as if burned into my retina. It seemed to show exactly the part of the moon that hadn’t been visible, glowing a muted, sulphurous bronze and pockmarked with craters.

Was this stargazing artefact an optical illusion, or a glimpse of something actually astronomical? I still can’t say, but once again the eerie, breathtaking night skies of La Palma have hinted at truths lying just beyond comprehension, siren calls to sights too dazzling to be seen. Dark skies run deep, it seems…

If you’re flying from the UK, Easyjet was flying a pre-pandemic route direct to La Palma from Gatwick. I stayed at Hotel Hacienda de Abajo-Tazacorte.

La Palma’s extensive network of footpaths and trails is signposted and waymarked. GR 131 is the long-distance Caldera Trail, which passes the island’s highest point at Roque Del Los Muchachos. All the trails are detailed with accompanying gpx files at the excellent online resource www.senderosdelapalma.es

Stargazing tours are available, which take in the island’s highest point, home to the observatory. For more information on stargazing in La Palma visit Stars Island and Visit La Palma.

Want to try your hand at shooting the night sky and capturing the stars in all their glory? Then you’ll be pleased to hear I’ve written a quick, how to guide on camera set up, light painting and more: Amazing Astrophotography In 6 Simple Steps

If you’re looking for adventure then my destination reports, interviews with outdoor heroes and gear reviews will get you out there!

How To Go On A Lockdown Adventure

You might think that being locked down to your local area means that adventures are off the menu, but with the right hacks and inspiration you can still have a lockdown adventure... and just being outdoors in green spaces will benefit your mental health!
Read more 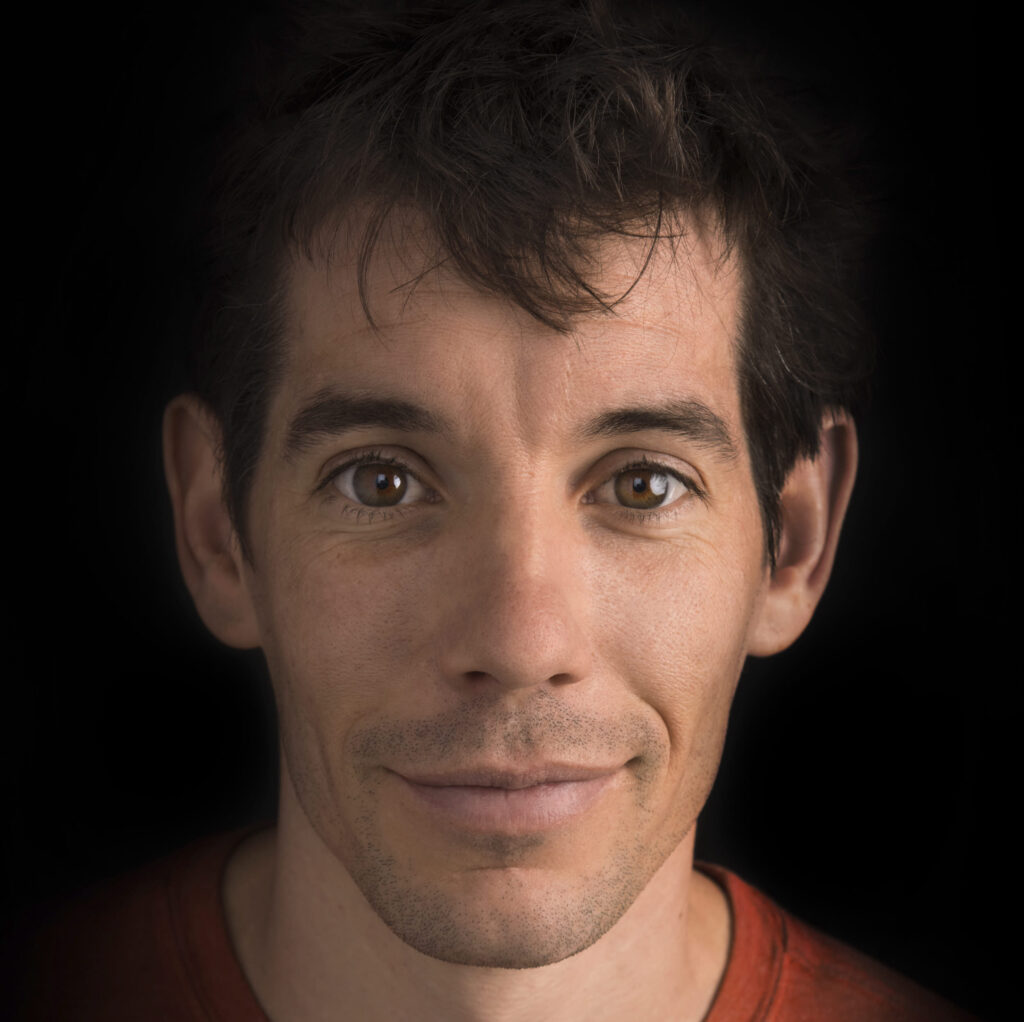 Watching Alex Honnold make the first ever ropeless ascent of El Cap, in the Oscar-nominated Free Solo, takes your breath away. I caught up with him to find out how he climbed a kilometre of rock in three hours with no rope, and what it can teach us about facing our own fears...
Read more

How Nims Purja Did The Impossible

Pro mountaineers usually have to train for years to climb a the world's hardest 8,000m+ peaks. Nims Purja climbed all 14 in the space of seven months and he didn't even start climbing until he was 29 – here the former Gurkha tells me how he did it...
Read more

Japan’s Powder Snow Is Next Level

Travel to Niseko for Japan's powder snow – it's 95% air, which makes it perfect for charging through the trees, as I discovered on a trip to Hokkaido – what I didn't expect was to find Japow's best kept secret powder stash – in fact, it's the size of an entire mountain...
Read more 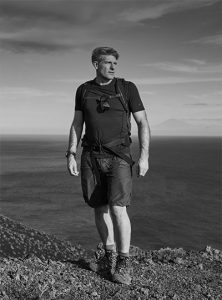 I’m always open to new ideas for an adventure and I am currently available for writing commissions, editing work, photography jobs and consultancy, through my own company, Ray Writing LTD. My experience covers active lifestyle, wellness, fitness, health, mindset and popular culture, as well as adventure writing and photography. And if you want a Fine Art Print then let me know!

Site designed and produced by intuitable